Energy concept: To allow the tenants in social housing to have access to renewable solar energy by the creation of an energy community gathering Pas-de-Calais habitat and them in a collective self-consumption operation powering hall entrances of the building and apartments via small PV stations on the roofs. 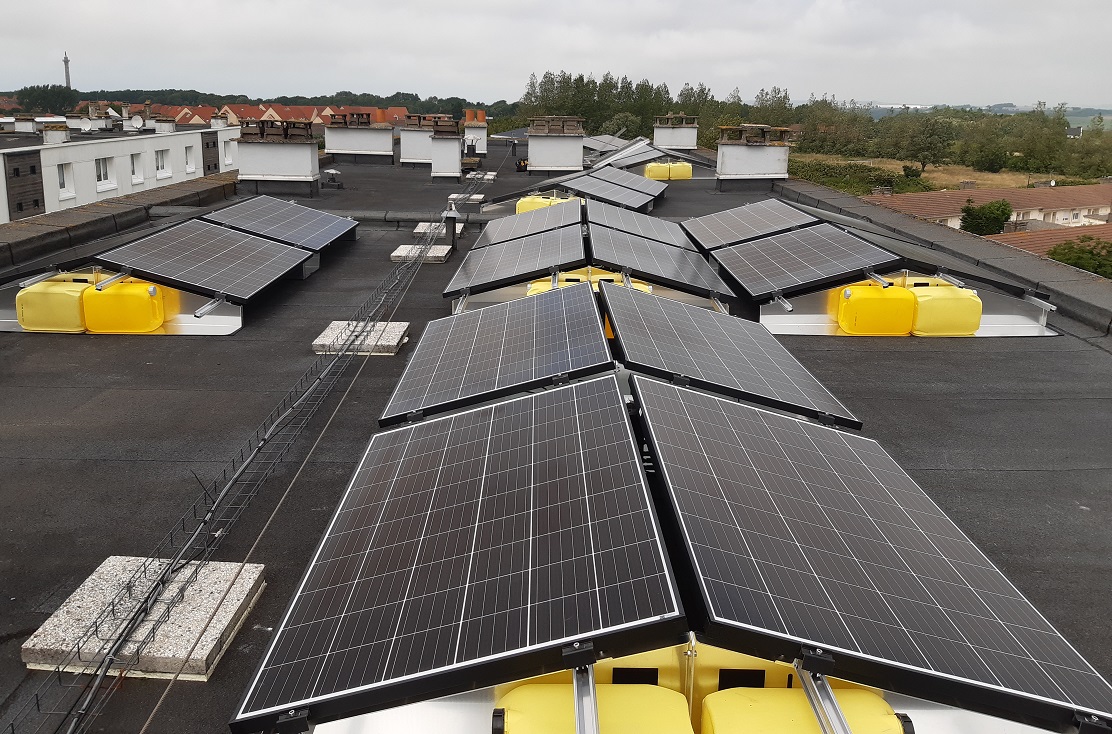 Technical: PV panels installed on roofs in order to have the widest possible production range. These panels are divided in small stations of 6kVa powering close apartments. They are linked to the existing electric grid. The production is virtually divided between the consumers in a 1km radius.

Timing and next steps: